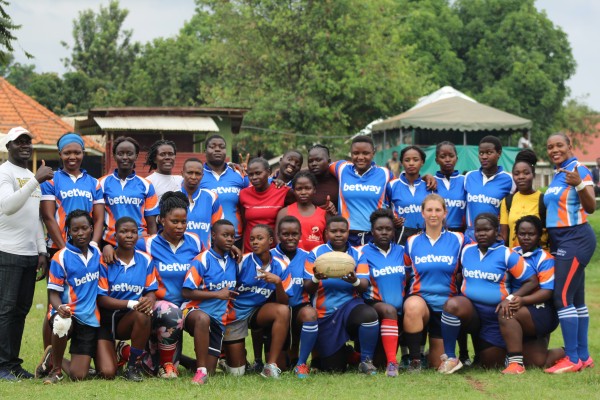 The second week of the URU Women’s Central Regional league had Black Pearls hosting Avengers at the Kings Park Arena. Black Pearls were coming off a historic 10-13 win against the defending champions Thunderbirds, while Avengers were playing their first match in the 3 team league. Avengers were first off the blocks using their powerful forwards to gain metres in the Pearls 22 before their captain Peace Lekuru made a break to score in the corner in the 7th minute. The tricky conversion was missed and Avengers held a slim 5 point lead for 15 minutes before a series of slick passes and offloads by the Pearls backline released Lydia Namabiro to dotdown in the corner. The conversion was also missed to tie the game but 5 minutes later.

Avengers winger, Isabella Abbo, capitalised on a sleeping Pearls defence to pick the ball off the back of a ruck in the Pearls 22 and sneak down the blindside to score in the corner. The subsequent conversion missed and Avengers took a 5 point lead again. Peace Lekuru was sent to the sin bin for a dangerous tackle but despite losing their hard hitting captain Avengers struck just before half time after Beatrice Atim crashed over from close range to go into the break leading by 10 points.

Black Pearls came back from the break with more intent and their backline consistently troubled the Avengers defence until the Pearls winger, Linda Atoo, showed a clean pair of heels to get around the Avengers defence to score in the corner in the 48th minute. The conversion was missed but 10 minutes later, Mary Gloria Ayot made a brilliant line break to score between the posts. Tina Akello made the easy conversion and for the first time in the game, Black Pearls led but only by 2 points. Peace Lekuru was again on hand to score a captain’s try in the 30th minute after she scratched a penalty from the 5 to barrel her way over the line to recapture the lead.Juliet Nandawula was on hand to make the extras for Avengers to lead by 5 points once again.

Distributed by APO Group on behalf of Uganda Rugby Union.