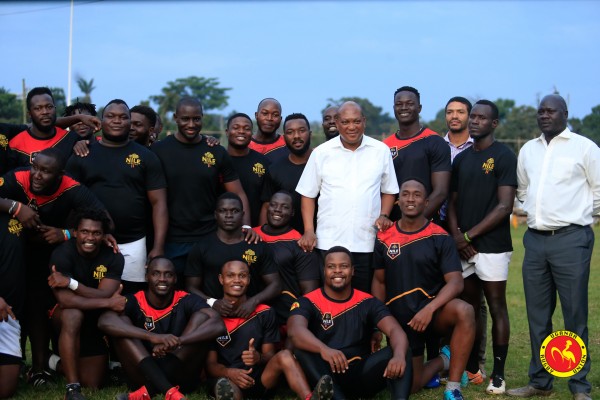 While addressing the media at the press conference today, he put emphasis on the confidence he has in the team that was selected.

Another notable change is in the leadership of the team where Justin Kimono (who has been off for a year due to an injury) is now the Vice Captain and Asuman Mugerwa has retained his position as the Captain.

“We have made changes in the squad just to make it possible for our Boys to match the speed on the Zambia Chipolopolo.” Robert Sseguya (coach).

The South African High Commissioner: H. E Professor Major General (rtd) Lekoa Solly Mollo then addressed the players with words of encouragement and put emphasis on the importance of a win for Uganda on Saturday. “I have come here to physically have a word with you because I believe in you.” he said.

The Uganda team is a mixture between youth and experience and are out to put their campaign back on track after the last two losses to Kenya 16-5 and 31-26 to Zimbabwe Sables.

Match Referee is confirmed as Adriaan Jacobs from South Africa and will be assisted by local officials. The Zambia team is expected in Uganda in the wee hours of Thursday morning and should have enough time to acclimatize to Kampala conditions before the duel.

Distributed by APO Group on behalf of Uganda Rugby Union.