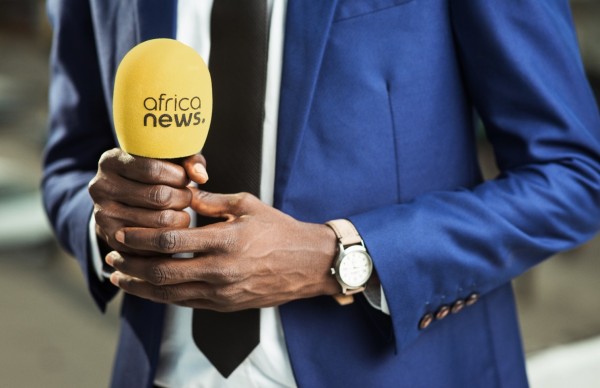 After launching Euronews on its platforms in November, the MultiChoice Group has just launched Africanews (www.Africanews.com) – part of the Euronews group. The channel is available on DStv and GOtv and offers millions of households across Africa access to a pan-African multilingual news channel.

As the COVID-19 crisis develops and spreads across the African continent, the MultiChoice Group and the Euronews group have partnered to offer DStv and GOtv customers access to real-time quality information.

Africanews is the only international and independent news channel made for Africa. It offers its viewers content in English and French from an African perspective, made by journalists representing the diversity of the continent. With anchored shows, such as the daily bilingual breakfast show Morning Call, a team of 50 local correspondents, Africanews reports breaking news from the ground, delivers unbiased reporting and showcases all the voices shaping the future of the continent.

While Euronews, Europe’s number one international news channel, was already available on the DStv platform, its sister channel Africanews will be available to  DStv and GOtv subscribers in over 40 countries across the African continent, including South Africa and neighbouring southern African countries, as well as countries such as Nigeria, Kenya, Ghana, or Angola.

Thanks to this new partnership, Africanews, launched in 2016 from Pointe-Noire, Congo, now reaches 20 million homes in total across the African continent.

“Amid the current COVID-19 crisis, Euronews and Africanews’ mission has never been so important: helping people access real-time up-to-date information, empowering them to make sense of what’s going on in the world by presenting a diversity of viewpoints. We are thrilled to be partnering with the MultiChoice group once again to offer their DStv and GOtv subscribers access to Africanews, after Euronews launched on DStv last November. Euronews and Africanews have always been recognised and valued for their fact-based impartial and independent newsgathering. In these times of uncertainty, millions more people in Africa will now have access to these trusted sources of information.”

“In these unprecedented times, the importance of having access to precise, reliable information becomes paramount for our customers and their families.  We have increased access to news channels already and the launch of Africanews confirms our commitment to doing all we can to provide the best possible service.”

Aside from delivering rolling news, Africanews offers viewers a diverse range of programmes, on culture, lifestyle, sport, business, travel or sci-tech. Inspire Africa is, for instance, the channel’s flagship lifestyle magazine, sourcing stories from the continent.

Africanews and Euronews also have a strong presence on digital platforms. In the last two weeks alone, traffic to the Euronews website rose by 86%[1], while the Africanews website recorded a +300% growth in traffic during the same time.

Distributed by APO Group on behalf of Africanews.

About Africanews:
Africanews (www.Africanews.com), launched from Pointe-Noire, Congo, in 2016, is the only international and independent news channel made for Africa. With a team of 50 local correspondents representing the diversity of Africa, Africanews reports breaking news from the ground, delivers unbiased reporting and showcases all the voices shaping the future of the continent. Africanews is available, in English and French. Africanews is part of the Euronews group.

About Euronews:
Euronews (www.Euronews.com), Europe's number one international news channel, empowers people to form their own opinion. Euronews is unapologetically impartial and seeks to offer a diversity of viewpoints: Euronews is “All Views”.

Since its launch in 1993 in Lyon, France, Euronews has been delivering trusted news in a non-partisan and in-depth way to audiences across the world reaching almost 400 million homes across 160 countries. It reaches more viewers in continental Europe than any of its rivals.

In 2017, Euronews replaced its model and launched 12 distinct cross-platform editions, becoming the world's first “glocal” news brand. The different editions enable Euronews to deliver tailored content that is relevant to each audience.

In June 2017, NBC News and Euronews announced their partnership. NBC News acquired 25% of the company to make a significant financial investment in Euronews to support expanded news coverage and programming.

The company’s ongoing commitment to innovation and technology advancement resulted in the creation of its iconic high definition PVR decoder, the DStv Explora – which won the Product of the Year for 2015 and has now launched the improved HD6 PVR decoder.

Through its corporate social investment, MultiChoice actively participates in social transformation, ongoing investment in local content, job creation and skills development – which in turn strengthens the television and broadcasting industry and contributes to the South African economy.